From Richmond Maker Labs
Jump to navigation Jump to search 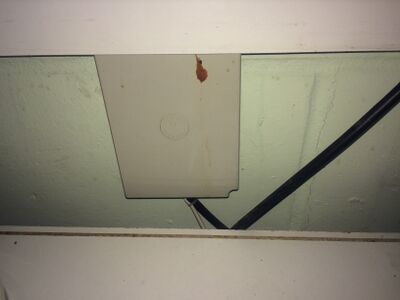 Update 16 May 2016 We have completed our broadband upgrade. Our new broadband connectivity is VDSL2 FTTC service from A&A - service is excellent and they are pro-makerspace.

This investigation was for Little House, Ham Close , Ham, TW10 7NY and it seems this location is able to get FTTC type VDSL2 services according to SamKnowsBroadband. However, when entering in a phone number such as 02084399278 (the old TalkTalk Business broadband number), it then says we do NOT qualify for FTTC. A&A said they were able to change the order to VDSL2 after they provisioned the phone line.

Interestingly, when you plug in "TW10 7NY" into most systems, they only come up with addresses from Hawkins House, Ham Close, Ham, TW10 7NY. Hawkins House is adjacent to Little House, so it's likely fed from the same cabinet. It may or may not be a challenge to get the connection activated, we shall see. Info about Little House's location is here. There seems to be a BT junction box inside the space (photo to the right) which the smaller original DSL cable to the existing master socket was connected.

We're approximately 2.8km from the exchange (but who knows how far from the cabinet), which is not particularly amazing for ADSL but we qualify for FTTC (VDSL2) broadband which would be fine - we should be within 300 meters of the cabinet. Has anyone found out where the cabinet that serves Little House is? According to Openreach, it's cabinet 26 on the Richmond Kew Telephone Exchange. If we're following a long straight route, we may be closer to 500 meters from the cabinet. We shall see what happens from the upcoming Openreach survey and engineer visit.

After consulting with various telecoms experts, it's likely not the wiring inside Little House and more likely the distance from the exchange. Seems like VDSL/VDSL2 Fiber to the Cabinet service may be our best option.

The external-wiring-to-internal-wiring telephone junction box is under the kitchen counter. It is dusty and dirty back there and would benefit from further investigation.

So, in improving the Internet connect to Little House, we've got some options:

This would probably be the 'easiest' but not the most cost-effective way of solving the issues - this would involve paying for service that would be plumbing a new line from the outside into the building. Ownership of the connection up to the master socket is owned by the telco provider, so any issues would be officially their issues to resolve. AAISP (AKA A&A AKA Andrews & Arnold) has been reported to be very good at advocating for proper good connectivity on behalf of customers.

Alternately, another way of getting a new broadband connection would be bypassing the traditional BT Openreach network and use the Virgin Media (legacy Telewest) broadband infrastructure. This would also mean that we would need to pay for the service and possibly be under a 12-18 month contract, but the bandwidth would likely be fixed by having new infrastructure.

We are a fairly lightweight and low-cost organisation, so let's see what we can do with what we've got right now.

27 January 2016 update: The Asus DSL-AC68U modem has adjusted for line instability and reported back in slightly broken English:

Some concerns about existing wiring leading to the master socket have been raised - the wiring is stapled down to the side of the inside wall leading to the master jack which could be attenuating the signal quite a bit. The wiring at the outside edge of the building seems rough as well but it was dark at our last inspection. DLA continued to be needed when the new network connection was provisioned, so it's likely that it was just a fact that the copper lines were not optimal for ADSL2+ signalling.

Also - we have not checked, but possibly disconnecting the bell wire may help with interference as it has shown to improve ADSL broadband performance.